​​​​​​Megan is a member of National Association for Teachers of Singing.  Visit the NATS websi​te at...

Some things I focus on in my studio include toning and conditioning students vocal chords, proper placement of singing, pitch & breathing, methods & techniques of all different kinds of styles, stage presence/performances and confidence, and many others.  I specialize in contemporary music....pop, rock, country, jazz, blues & broadway.  I do not teach classical music.  However, I do know many amazing classical coaches that I could direct you to.  My speciality is POWER SINGING.  You want to sing with the power of Katy Perry, Carrie Underwood, Bruno Mars, Christina Aguilera, Michael Buble', Aretha Franklin, Elton John....I'm your coach! 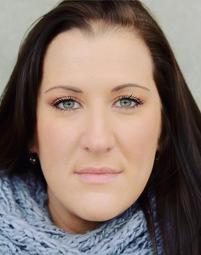 Megan Killoran has been singing her whole life. After graduating high school at Chugiak high, she started competing in karaoke contests and singing competitions. It wasn't until she started working with the late, great Big Mitch Tubman in Anchorage when she was 22 years old that she really started becoming a performer as well as a singer and winning competitions like The Fur Rondy Singing Competition in 2008 and many others. In 2011 she finally got her feet wet and joined a band...she now has her own band called Nothin' But Trouble that plays around the state of Alaska. Her band received "Best Cover Band" in Anchorage "Press Picks" in October 2014 and ranked 3rd in 2015.  In August of 2016, her band opened for Thompson Square at Ft. Wainwright, AK for our military.  She just recently open for the national country act Love and Theft in the Fall of 2020 and traveled with Dennis Quaid in August of 2020 to open for him with her group Nothin' But Karma.  In 2013, Big Mitch started mentoring her on coaching kids as well. After his passing in February of 2014, all of his kids turned to her and she took over the business. Since she started coaching, she has already had much success with her students winning competitions. One of whom went to The ARTS Talent Search in Orlando, Florida and came back with the "Child Singer Of The Year" award, 2 different times! She is now thriving in Alaska as a musician & teacher and has no plans of leaving state any time soon.  She just received the Silver award of Best Vocal Coach/Studio 2016 from Alaska Dispatch Newspaper's "Best Of Alaska" polls and took top awards in The ARTS International Talent Search in Burbank, CA December 2016.  She ranked 3rd in The Anchorage Press "Press Picks" 2019 for Best Female Singer and moved up one spot in 2020 to 2nd place.

​Megan is also the director of The Great Alaska Talent Competiton, a Fur Rondy event that houses competition to over 80 acts every year and is a board member for the Miss. Alaska Scholarship Foundation.